Lanzarote deserves one more blog post. Such a special place.  I came back a week ago after experiencing beautiful, however, unusally coldish, sometimes rainy and often windy days.

On my last day I tried to go to the energetic church again, about 17 km from where I was staying. To get there I had to first cycle up a mountain against the wind, when I was on the top, I thought that it was just a matter of rolling down the other side, but there were windy gusts so strong that it was difficult to continue. After trying for a bit and finding myself being blown around with little space on either side, the cars on my left and lava fields on my right, I decided to turn back. I let myself role back down the hill and then further on to the sea. I took a walk at the beach, feet in water which I enjoyed a lot. And maybe the energy I was supposed to feel that day was from the sand at the beach when I lay down and rested. 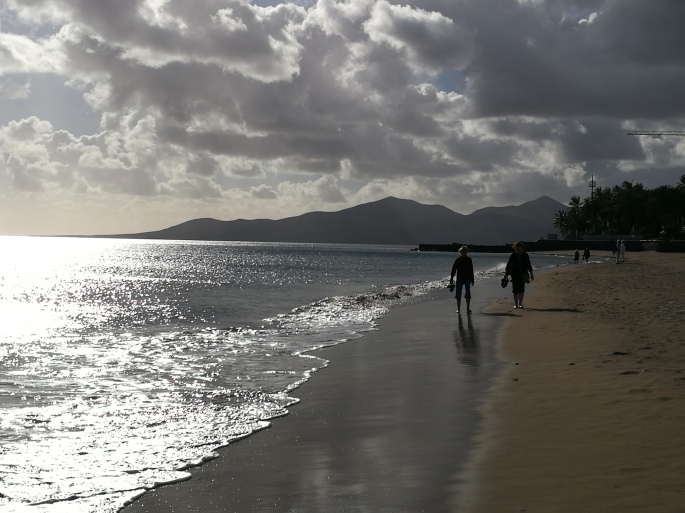 Another day I went on a guided walking tour in the north of the island, the wildest part I would say. We climbed up a cliff with beautiful views of four small islands off Lanzarote, one of them, Graciosa, is a tourist attraction in summer, mostly for day tourists and a few people live there. Our guide explained some of the plants, many of them endemic, that were growing along the route we were taking. He also told us about the difficult water management on the island until around 80 years ago, when Lanzarote was one of the first islands that installed a desalination plant. Today most of the water used comes from two such plants, but as the water still tastes salty, most tourists buy their drinking water in plastic bottles which need to be transported to the island by ship. That is the fairly crazy water situation today. Back before desalination, the islanders had a system to collect the rain water, rain was scarce, and still they had to live on what they managed to collect in winter for the whole year. Farming was possible through a special method using a volcanic gravel. Farmers spread a layer of the volcanic gravel onto the field, to not only protect the earth from being blown away by the constantly blowing trade wind but also to soak up the condensed steam from the dew of the night and then transfer it to the ground during the day.

When tourism started to get bigger on the island, however, farmers left their fields to work in the hotels. Today only few people grow vegetables this way. However a similar method is used to grow vine. Driving through the vine growing area of the island was most impressive. For each grapevine a round protective wall has been built to shelter the plant from the trade wind that is always coming from the north. The view of these hillsides is peculiar.

In my last post I mentioned the Centre of Anthroposophie, I continued going to the regular eurhythmy sessions and took one private session. I was curious about the effect that it might have. To the session I brought my issue of feeling cold most of the time, my cold feet and hands and needing to wear a hat often. It was interesting to feel how small adjustments of body movements could have an effect on the energy management of the body. My main insight was to generally put awareness when I am standing more on my heals than on the front of my feet. Generally I seem to have a tendency to lean forward which could be one aspect why I am not able to keep my heat for myself so well.

Oh, and I have to mention another house that I visited, designed and built by Lanzarote artist Cesar Manrique and others. Truely magically placed into the volcanic lava with fantastic views. The story goes that Omar Sharif when filming on Lanzarote saw and loved the house and bought it, only to loose it in a bridge game the same day. 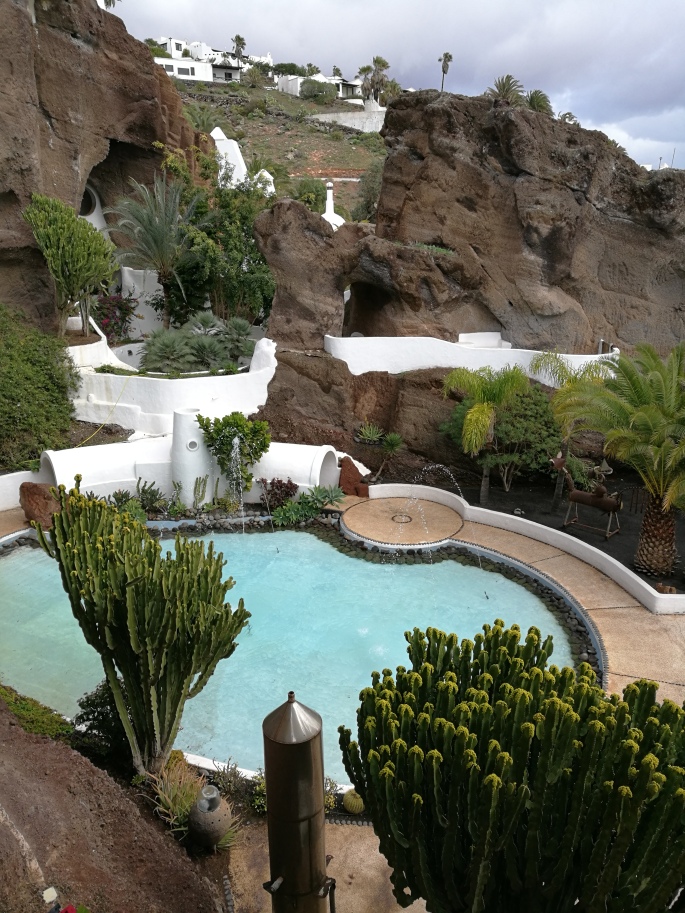 On the flight back to Berlin I chatted with my neighbour a young woman from Prague who was suffering from multiple sclerosis. But she seemed to be quite well and she said that spending a few months every year on Lanzarote for the last 10 years helped her to heal a lot. I am interested in hearing more about the healing powers of this island.